My Mother’s Not Home Anymore

My Mother’s Not Home Anymore
A dear friend’s mother was going through the ravages of Alzheimer’s. I wrote this for her.

My mother’s not home anymore
But one day God will open the door
Her soul will be free, her spirit will soar
And she’ll be at home evermore 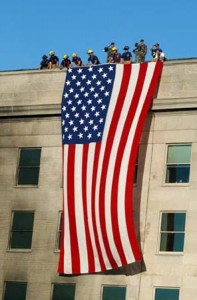 For those too young to understand, and those not born yet
Those unable to remember what we must not forget
Planes crashing into the towers, flames filling up the sky
Jumpers from the buildings, knowing they would die
Brave firefighters and first responders rushing to their aid
While we gasped in disbelief, bowed our heads and prayed
Then as the towers fell we watched and held our breath
Wondering how many lives were lost, how many met their death
When the plane struck the Pentagon we tried to understand
What evil had been unleashed across this great land
The last target was averted by heroes brave and bold
In a lonely Pennsylvania field with the words “Let’s roll”
We were proudly patriotic as old Glory was unfurled
Displayed our love of God and country to the people of the world
We filled the churches on that Sunday and turned to God in prayer
Pleading for Divine protection and to keep us in His care
America came together, and showed the world we were strong
We vowed, “justice would be done” and we would right this wrong
But America is now divided, our country is torn apart
Each person must search inside, deep into each heart
I pray we will come together and once again remember
How we became united on that Tuesday in September
Let us be unified as we put aside each grievance
And stand for God and country as we proudly pledge allegiance

Most just see an old man, an old guy can’t be cool

But he could tell you stories, you’d never learn in school

He landed on the tarmac, 8 thousand miles from home

Thinking of his family and feeling so alone

Fighting in the jungle, dodging bullets, grenades and bombs

But he was met with anger, epithets and hate

Next time if you see him, don’t hurry quickly by

He salutes Old Glory and for the Anthem proudly stands

There are thousands of these heroes all across our land

Their numbers are now dwindling, we’re losing more each day

So thank God for their service, it’s a debt we can’t repay 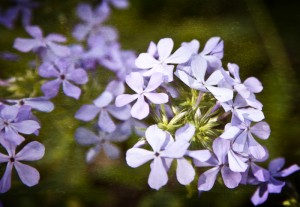 Wild violets and yellow buttercups signal spring’s arriving
Along the road Sweet William in purple splendor thriving
As I walk among them I smell their sweet perfume
And see white clouds of dogwood on the hill in bloom
Plumes of Indian paintbrush set the fields ablaze
Colors from God’s palette, beauty for our gaze
Snowy mayflowers petals beneath large emerald leaves
Like canopies for fairies, if only you believe
Jaunty Dutchman’s breeches dangling from a stem
Redbuds cling to branches, each a magenta gem
I spy jack-in-the-pulpits with green and purple hoods
As I tread on soft green mosses carpeting the woods
I’m reminded of God’s promises that each new season brings
After barren winters I’m thankful for wildflowers of spring

Our nation’s in mourning
a great man is gone.
There is jubilation in Heaven
Billy is home