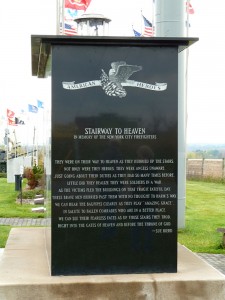 Just going about their duties as they had many times before