One Monday in New York 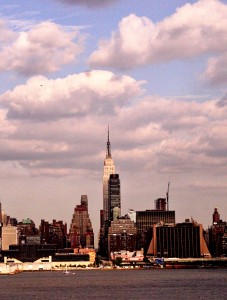 One Monday in New York

A dear friend of mine, Norma Cook, told me the story of her visit to NY City the day before 9-11.  She saw the preacher on the street corner telling people to repent.  The next day, lives would be changed forever.

The streets were full of bustle, people hurrying here and there

All speaking different languages, they had come from everywhere

I gazed at Lady Liberty in the harbor, as ships were passing by

Above all soared the Twin Towers, reaching high into the sky

Then something drew my attention from all these postcard sights

In the midst of all the hubbub, taxi cabs and traffic lights

No one seemed to take notice as they hurried quickly by

He was telling about Jesus, begging all to believe and to repent

The year was two thousand one, the day September 10th

But we are absorbed in daily living, attaining earthly goals

Let us learn the lesson wisely; we don’t know what is our fate

Let’s make sure are hearts are right with God, before it is too late

God might decide on this day, to require our soul tonight